Nowadays, puffed foods are very popular among people of all ages. Puffed foods are much more edible, and natural food puffing machines are widely used. So do you know about its technical advantages? As a Food Extruder Machine Supplier, you may wish to share with you the technical characteristics of the food extruder.

2. The price is cheap: the indirect heating extruder is applied, and the processing fee is lower after processing each kilogram of corn into expanded powder.

3. The food produced by the food puffing machine is convenient to eat: after the coarse grain is puffed, it has become a cooked food. It can be directly used for boiling water, or can be made into compressed food, or can be processed into a variety of foods. save time. 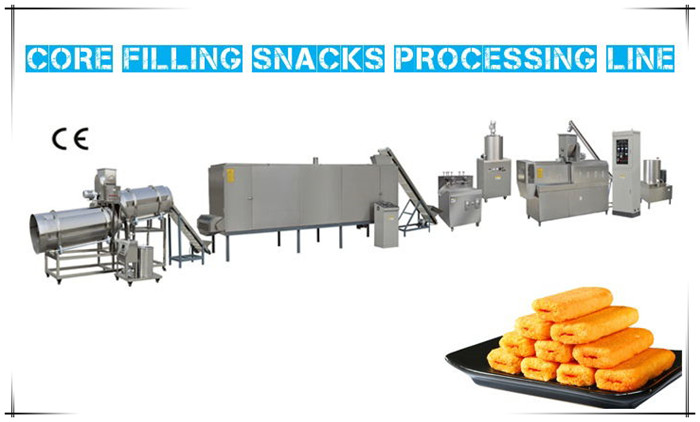 5. Puffed food is easy to store: when the grain is puffed, it is equal to high-temperature sterilization. The moisture content of the puffed powder is reduced to less than 10%. This low moisture limits the growth of insects and mildew and strengthens their storage. Stability, suitable for longer-term storage, and suitable for combat preparation of military food, improve their eating quality.

Previous: Why should I Add Water Before Using the Extruder?

Next: Puffed Food Packaging Should Pay Attention to Matters